Set realisation and co-engineering of the Bafouilles stage play by and with Jean-Pierre Larroche, les ateliers du spectacle, inspired by a Robert Pinget text. The set features dozens of mechanical and electrical machines and tricks, live triggered during the play. Created in 2006

One of the two identical cabins (the before and the after) that was active and dismantled during the play, and the miniature remote controled replicate that “floated” on stage attached to a crane… 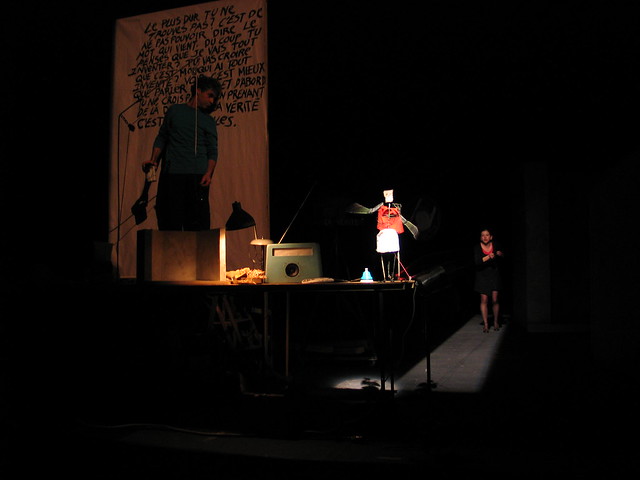